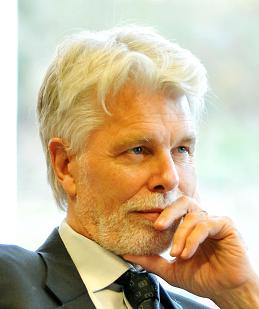 Prof. Paul Vlek is a world-renowned soil scientist and leader in interdisciplinary research for development, education and capacity building. Since 1998, Paul Vlek has been the Director of the Center for Development Research (ZEF), which he co-founded, at Bonn University, Germany. He has held a number of senior appointments over his 40-year career both in Germany and overseas including Director of the Agro-Economic Division of the International Fertiliser Development Center (IFDC, USA), Director of the IFDC in Africa, Director of the Institute of Agronomy in the Tropics and Dean of the Faculty Agriculture at the Georg-August-University Göttingen, Germany, and founding Executive Director of West African Science Service Center on Climate Change and Adapted Land Use (WASCAL) in Ghana. In 2011, Paul Vlek was appointed to the UNESCO chair on Education for Sustainable Development at Urgench State University, Uzbekistan.

In his early career Paul Vlek researched the benefits in preventing nitrogen (N) losses by deep-placement of urea in flooded rice, a technology now applied on over 2 million ha of rice cultivation today. However having experienced the long delay between discovery and adoption of this technology, Paul Vlek drew attention “to the all too often delay between invention of new agricultural practice and adoption which can run into decades. New approaches in agricultural research are needed to avoid such time lapses by engaging and integrating all stakeholders in the innovation process from the onset of research”.

This interdisciplinary research approach has been a hallmark of Paul Vlek’s career working in Africa, Uzbekistan and elsewhere to ensure the research outcomes lead to innovation and adopted new practice. An example was the GLOWA Volta project in West Africa (2000-2010), an interdisciplinary program addressing the impact of global climate change and water management in the region.

Prof. Paul Vlek highlighted that “agriculture is a complex socio-ecological endeavour with many trade-offs. To better guide our land-stewards (farmers) and policymakers, the next generation of agricultural scientists must be trained in the modern tools of complexity science and be able to work across disciplines and with multiple partners and stakeholders. “

“Only with such interdisciplinary understanding will the serious threat of land degradation to food security and to the delivery of essential ecosystem services be addressed. The cost of rehabilitation of degraded land, a non-renewable resource, can be prohibitive. The agricultural scientific community must place this concern much higher on its research and educational agendas.”

Christian Borgemeister, Director of ZEF, University of Bonn, welcomed the award recognizing Paul Vlek’s distinguished career. A favorite expression of Paul Vlek is “While you are up and about you may as well do the best you can”, is a reflection of his motivation, conviction, dedication, and his leading by example which have made a tremendous impact on people. “The Center ZEF he help to build has become one of the world best Science and Technology Think Tanks and is listed among the best university-affiliated Think Tanks.”

“Paul Vlek has implemented research and education project in South America, West and East Africa and Central Asia. Similar projects often end with the research findings published, but without bringing them to practitioners and policymakers. In contrast, the projects headed by Paul Vlek have ended in a different way by translating innovations into action and introducing development approaches to national agricultural policy-makers and practitioners.”