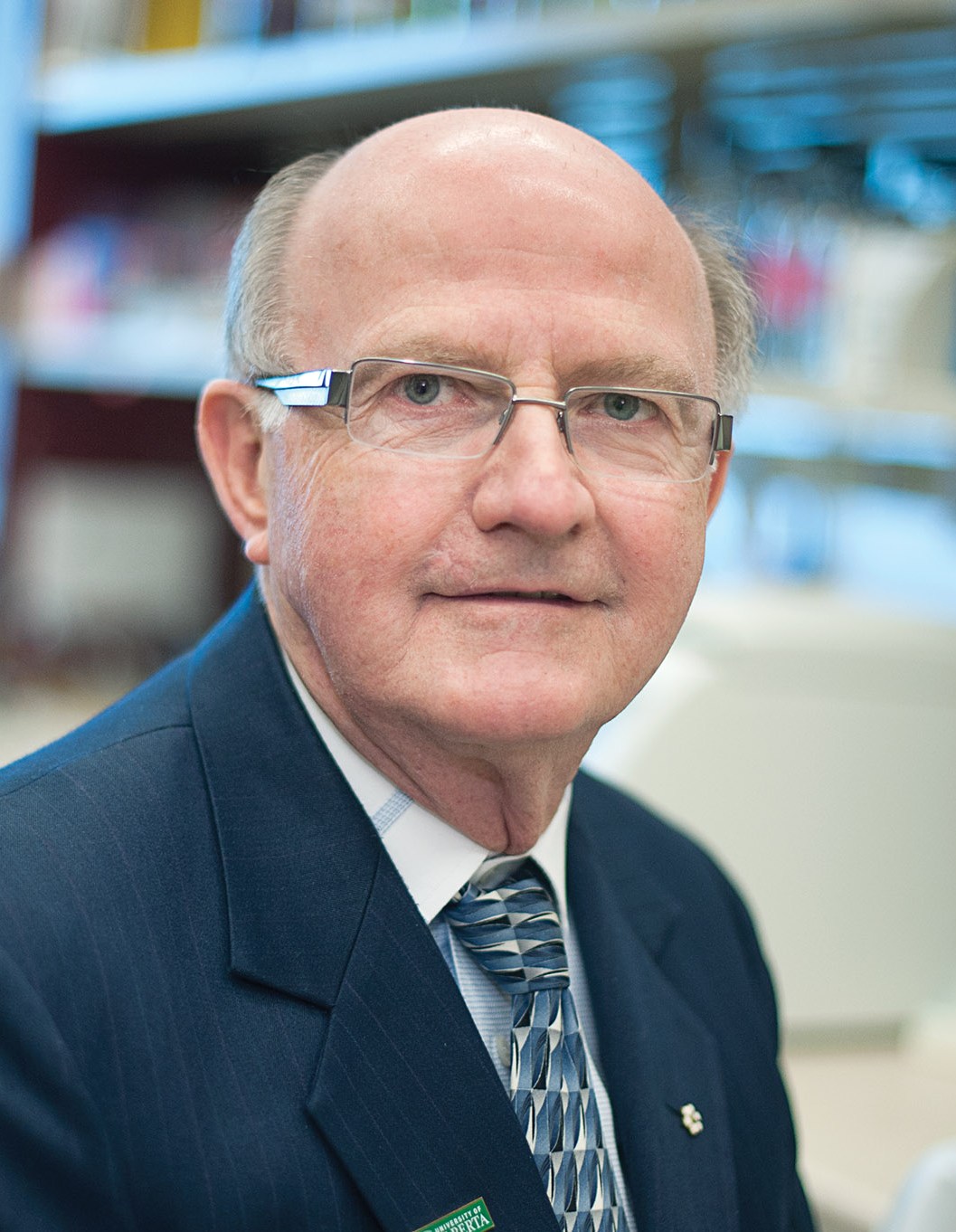 Dr. Lorne A. Babiuk is a world-renowned virologist who has devoted his career to safeguarding the health of animals worldwide. He specializes in immunology, pathogenesis, molecular virology and vaccinology and is a world-renowned expert in infectious diseases and their control, specifically through vaccination. He has invested significant time and energy in teaching, training and mentoring new generations of outstanding researchers and holds an impressive record of achievements in technology transfer. He helped build a highly successful institute and strong international collaborations, and has contributed extensively to the formulation of science policy in Canada.

Throughout his career, he has combined molecular biology, immunology, and whole animal studies to understand the basic biology of infectious diseases, which forms the foundation for their control through vaccinations. The development of these six different vaccines by Dr. Babiuk has dramatically improved the health of animals around the world and the livelihood of livestock producers by reducing economic losses due to infectious diseases. For example, the calf scours vaccine has saved producers hundreds of millions of dollars annually, translating into reduced food costs for consumers. Similarly, the vaccine for bovine respiratory disease (shipping fever) has saved livestock producers hundreds of millions of dollars and is a critical component of all intensive livestock operations. Currently, all feed lot operators vaccinate to ensure losses from shipping fever are controlled. More recently, Babiuk developed a capripox virus vaccine which protects sheep, goats, and cattle against sheep pox, goat pox and lumpy skin disease of cattle. More importantly, he was able to insert the genes from the protective antigens from peste des petits ruminants and Rift Valley fever into the pox virus to protect animals against all five diseases. Furthermore, reducing Rift Valley fever in animals not only protects the animals but also results in the protection of humans from this zoonotic disease. The need to develop thermal stable vaccines, where transportation to rural communities in developing countries results in vaccine inactivation caused by high temperature during transport, is critical. This thermostable vaccine will significantly impact food security and the health of animals as well as people who depend on livestock for their food and livelihood.

He led the organization from 1993 to 2007, turning the Veterinary Infectious Disease Organization (VIDO) at the University of Saskatchewan into a global leader in infectious disease research of animals. Under his leadership, the organization embraced biotechnology and collaborations with other universities and industry.

During his tenure, Babiuk not only built the physical structure, but also attracted approximately $300 million in funding to the University from governments, industry, and philanthropy, in order to recruit key researchers. As he conducted his ground breaking research and led VIDO, Babiuk also had the foresight to recognize the importance of protecting intellectual property in an academic environment and, as a result of his activities, VIDO has been awarded over 90 U.S. patents with an additional 35 pending. He personally holds 40 patents. Furthermore, Babiuk was pivotal in negotiating research contracts and licensing agreements with major global animal biopharmaceutical companies as well as start-up biotechnology companies focusing on animal vaccines and immune modulators.

Training of the future generation of veterinarians and researchers has also been a primary goal of Dr. Babiuk throughout his career. He has won teaching awards from students and major international research awards for his work in helping understand disease processes and then developing strategies for their control. His 100 plus trainees (PhD and post-doctoral fellows) populate all corners of the world, working in governments, organizations, biotechnology and major biopharmaceutical companies, as well as academia.

In his career thus far, Lorne Babiuk has been instrumental in enhancing linkages between the veterinary and human disease communities, which is extremely timely, as currently more than 75 per cent of emerging infectious diseases are zoonotic (transferred from animals to humans). This kind of collaboration has led to the novel concept of developing vaccines for animals to protect humans and to the One Health Concept, of which he has been a pioneer. His consultations with major animal health companies around the world, as well as with international and national organizations, governments, and policy-making bodies, attest to his global recognition.