The 6th GCHERA World Agriculture Prize (WAP) Award Ceremony was held at Nanjing Agricultural University (NJAU) of China on October 28, 2018. Representatives from over 100 agro-related universities, research institutions, NGOs and enterprises in over 10 countries attended the ceremony. Nearly 1000 students and faculties from NJAU also attended the ceremony.

This is the first time that the GCHERA World Agricultural Prize has been given to two laureates, and at least one of them comes from a developing or emerging economy. Moreover, the prize money for each laureate has been doubled up to 100,000 USD.

Dr. Eric Yirenkyi DANQUAH, Professor and an inspirational leader in the West Africa Centre for Crop Improvement (WACCI) in the University of Ghana, was awarded the GCHERA WAP for his exceptional and significant lifetime achievements in the field of plant genetics and breeding. In 2007, he has established the WACCI where young people were inspired to pursue careers in plant breeding. With the establishment of WACCI, over 100 students from 19 African countries have had the life transforming opportunity to receive a world class education in plant breeding. Especially, he has encouraged and supported many women to study in this area as today over one third of the students enrolled in the program are women.

Dr. Rattan LAL, a Distinguished University Professor and Director of the Carbon Management and Sequestration Center, The Ohio State University, and an Adjunct Professor of University of Iceland, was also awarded the GCHERA WAP for his exceptional and significant lifetime achievements in the field of of Soil Science. Prof. LAL is a strong advocate of making agriculture a solution to environmental issues, and promoting the concept that “health of soil, plants, animals, people and eco-regions is one and indivisible. For 50 years, he has worked to enhance the prestige of the agriculture profession in general and that of soil science in particular. His article published in Science in 2004 has citation of 4500, and increasing by the day. One of his article on “ Food Security in a Changing Climate “ was selected for the “Atlas Award” for the best article from all scientific disciplines among 2500 journals published by Elsevier. His impact on the scientific community is substantial, particularly his extensive professional leadership roles and his commitment to mentoring scholars from around the world at the Carbon Management and Sequestration Center.

Mr. SHI Song and Ms. DONG Hongmei hosted the ceremony and introduced all the participant guests. CHEN Ligen, Chancellor of NJAU, delivered a welcome speech. He introduced the mission of the GCHERA WAP and the past laureates. He also highlighted an important development for the GCHERA WAP: starting this year, the prize will be doubled to 100,000 USD and the number of awardees will be doubled to two recipients, with at least one recipient each year coming from a developing country.

Ian MAW, member of GCHERA International Committee, explained the selection process of the 2018 GCHERA WAP Jury Committee. John KENNELLY, the President of GCHERA, introduced this year’s winners, Professor Eric Yirenkyi DANQUAH, a inspring plant breeder and Professor Rattan LAL, a world-renowned soil scienctist. Dr. KENNELLY described DANQUAH’s achievements in establishing WACCI in the University of Ghana and leadership in training a new generation of plant breeders to develop improved varieties of the staple crops of West and Central Africa, and Rattan LAL’s achievements in climate-resilient agriculture, soil carbon sequestration, sustainable intensification, enhancing use efficiency of agroecosystems, and sustainable management of soil resources of the tropics, and continuously promoting agricultural science and education. Dr Kennelly also thanked the DBN Group and Nanjing Agricultural University for their support of the GCHERA WAP.

After the awarding, GONG Yuanshi, Vice President of China Agricultural University (CAU), Joseph JEN, Former Under Secretary of U.S. Department of Agriculture, and SUI Pengfei, Director-General of Department of International Cooperation, Ministry of Agriculture and Rural Affairs each extended their congratulations to the laureates. 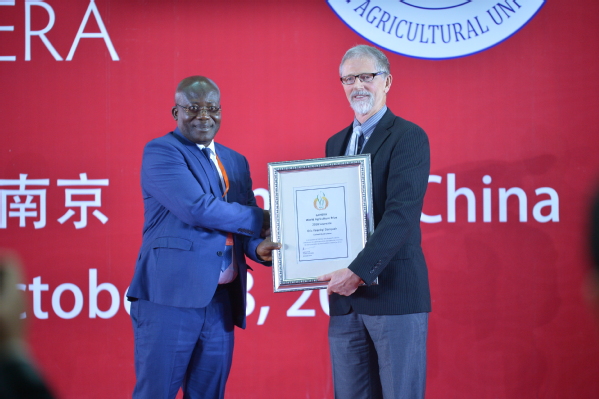 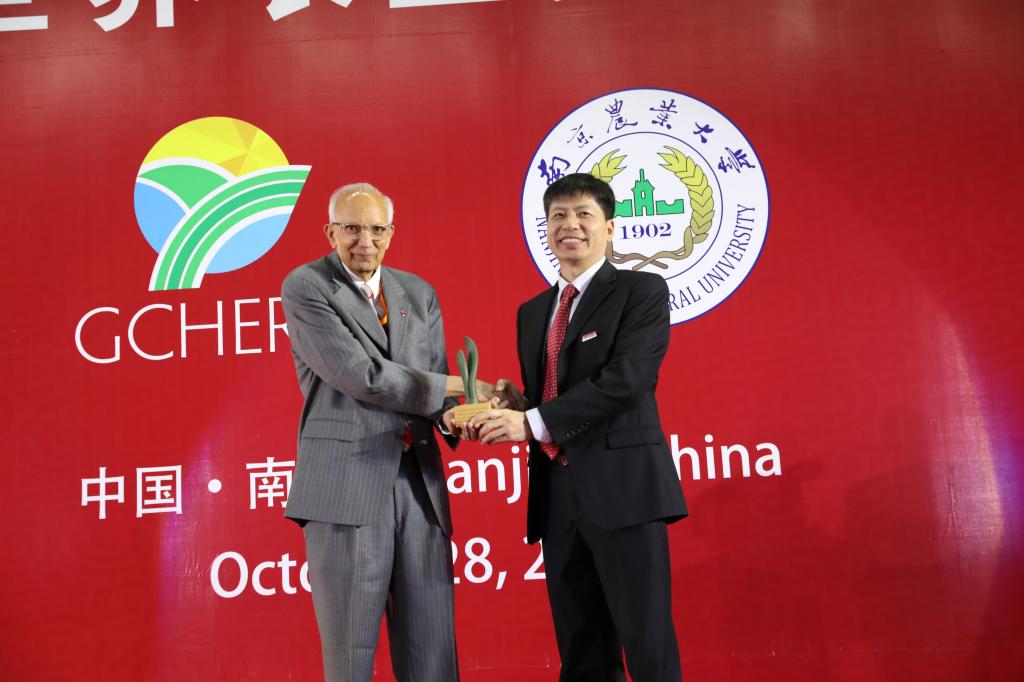 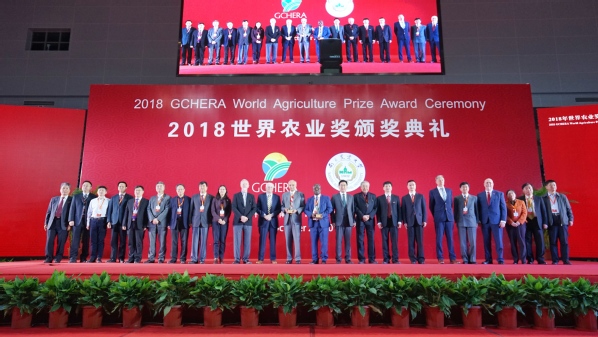 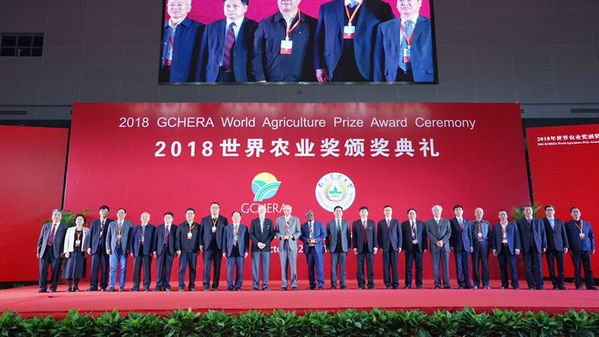 Part of the Attendees of GCHERA WAP 2018 Award Ceremony